David attended school in Mentor and at the Crookston Agriculture School. After graduating in 1949 he moved to South Saint Paul where he worked at Swift & Company.

After his marriage to Arleen Skovbroten at St. Johns Lutheran Church in Northfield, Minnesota in 1950, they lived in Northfield, Spring Lake Park and Faribault. In 1958 David and Arleen purchased a Fishing and Hunting Camp on Clearwater Lake, Emo, Ontario where they had many guests over the years.

In 1966 they sold their camp and lived in South St. Paul full time. David worked in the propane field in sales, service and management from 1950 to 1984. When he retired in 1984 he and Arleen moved back to the home they had built in Canada on Clearwater Lake in 1968. He worked as a fishing guide there during his retirement until 1997 when they sold the house and moved to Perham, Minnesota where he and Arleen were members of Calvary Lutheran Church.

David loved guiding, fishing and sports hunting. He used that experience to make him a master carver of wildlife as well as other subjects. He participated in many craft expositions and founded carving clubs in Emo, Ontario and Perham, Minnesota.

The family wishes to thank Michele Soderquist for her selfless support and loving care of David and his wife Arleen during the last months of his life.

The family intends to have a memorial in the summer of 2022. If there is a wish to remember him, please donate to a foodbank of your choice. 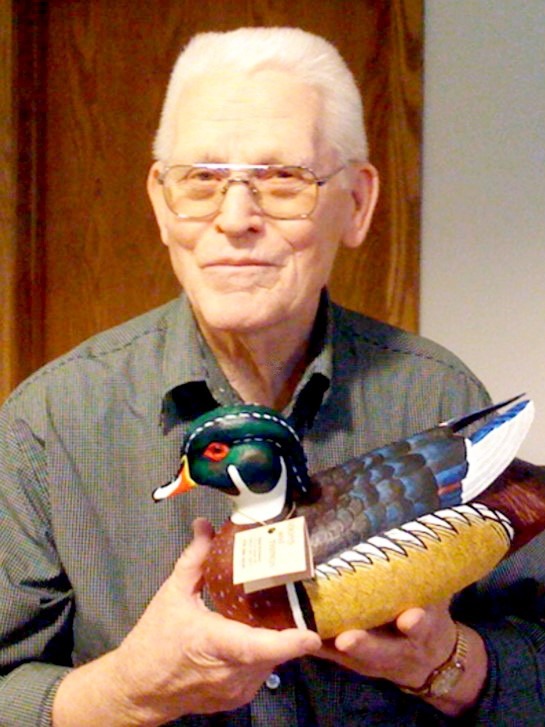