Jack Leroy Hanson was born to Roy and Una Hanson in Wadena, Minnesota on November 28, 1937. At 18 Jack joined the United States Army and served proudly for three years. In 1960 Jack met the love of his life, Shirley Ann Orvik and they were married at Mount Olivet on September 23, 1961. Jack and Shirley bought a house and lived in Coon Rapids for the early years of their marriage. A hard-working and loyal family man, Jack drove for Canada Dry, and Shirley worked as beautician while raising their two young children, Taryll and Allyn. In the spring of 1969 Jack and Shirley bought a family resort on Rush Lake, Minnesota. For 21 years, Jack and Shirley ran Hidden Haven Resort, and they cherished the friendships that developed as people returned year after year to stay with them. In the off-season Jack worked a variety of jobs. He always worked with a positive attitude and without complaint to help provide the best life possible for his family. Jack and Shirley sold the resort in 1990 and moved west and eventually retired in Florence, Arizona where they made many dear friends and enjoyed their days visiting in the shade, playing cards, and telling stories. Jack was an avid outdoorsman who enjoyed fishing for walleye and hunting pheasants. Jack and Shirley loved to travel and especially enjoyed driving across the United States to visit national parks and all their friends and family across the country. Jack was a devoted sports fan and loved to cheer on the Vikings, Gophers, and Cardinals. Most of all, Jack loved his family. He shared 61 years and 2 days with his wife Shirley, he was so proud of his two children and their spouses, Taryll and John and Al and Laura, and he was so happy to have celebrated so many holidays and special moments with his grandchildren Katie, Allison, Jack, and Kate. Jack is survived by his wife, Shirley, his daughter Taryll (John) Connolly, his son Al (Laura) Hanson, and his four grandchildren Katie and Allison Connolly and Jack and Kate Hanson. Celebration of Life Services will be held at Saving Grace Lutheran Church, Queen Creek, Arizona on October 3rd, and at the Camp Ripley Chapel on October 10th. Visitation at 10:00am. Service at 11:00am with honor guard and interment immediately following the service. Memorials can be sent to New Building Fund for Saving Grace Lutheran Church 24414 E. Ellsworth Road, Queen Creek, AZ 85142 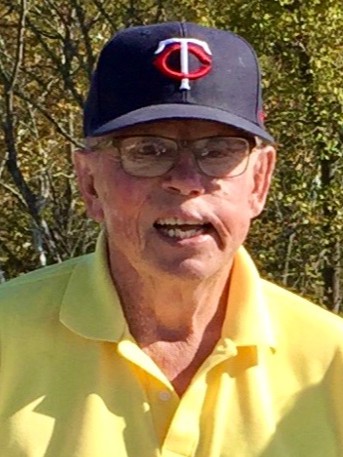