Family and friends came together to celebrate the lives and love of Jerome “Jerry” B. and Lynette J. Sazama, who tragically died from a motorcycle accident five years ago in Mazomanie, Wisconsin. Jerry died on October 21 and Lynette died on October 22, 2017. The husband and wife were just 61 and 60 years old, respectively.

Jerry and Lynette spent more than two thirds of their lives together - even longer when counting their years as high school sweethearts and childhood neighbors growing up in Perham, Minnesota. They grew up on family farms less than one mile from one another and attended the same elementary and high schools. Riding snowmobiles and going out dancing were two activities they loved doing together. Jerry was drawn to Lynette’s indelible sweetness and Lynette was drawn to Jerry’s sense of adventure. When Lynette and Jerry married on June 21, 1975, they committed to a lifetime together, along with all the hard work a strong marriage entails.

As soulmates, Jerry and Lynette built a home wherever they went, from Minnesota to North Dakota to Minnesota again, and then to Wisconsin, where they would settle in the farmlands of southern WI, first Cross Plains and then Arena, the place they would call home for 23 years. They had five children: Mechelle, Felecia, Jeremiah, Joshua, and Jerrell. They taught them how to care for their cattle and live off the land, to hunt and butcher and cut wood. Theirs was a homestead full of loving family traditions, hardworking days and exhausted nights, birthday cakes, silly jokes, hard-earned lessons, Christmas and Thanksgiving festivities, and the pleasures of following a daily routine - even on the holidays.

When Lynette and Jerry’s children left the farm to start lives of their own, they would always look forward to when they could go back home for a visit, and the grandkids couldn’t wait to spend time with Grandpa and Grandma, see the animals, and ride the tractors. But even when the Sazama family wasn’t all together, Lynette and Jerry were never far away: Lynette was with their children in her thoughtfully curated care packages; Jerry in his letters and phone calls. To them, family was the most important part of their lives. “I always knew I wanted to be a mother,” Lynette said. And as Jerry put it, “Being called ‘Dad’ never gets old.” And, for Lynette and Jerry, being grandparents was the most indescribable joy of all.

Jerry was born on November 11, 1955, in Perham, Minnesota. The eldest of eleven children, he was raised on a farm and found his love for farming, hunting and the value of hard work. He and brother Bob were known to get into some shenanigans as they grew up together, but the farm responsibilities kept him rooted. He had a roaming curiosity, a good kind of restlessness, that led him to try his hand at many jobs and hobbies. He worked as a herdsman, factory foreman, a milk truck driver, relief milker, truck driver, to name a few, and achieved his dream of owning and operating his own farm. He valued being a part of a community, their church, and made lifelong friends within their neighborhoods. He enjoyed striking up conversations with strangers to brighten their day and over tipping waitresses to show appreciation for their hard work. Jerry is remembered as a leader at work, a teacher at home, and a trustworthy, principled man who wasn’t afraid to go against the grain.

Born on April 20, 1957, in Fargo, ND (while living in Moorhead), Lynette also grew up on a farm, poetically adjacent to Jerry’s family farm, with her two siblings. Her love for reading was matched only by her love for arithmetic, leading her to a 27-year career at Black Earth State Bank - and also to her insistence that all her children knew how to balance a checkbook. She volunteered for Meals on Wheels and at their church, loved hosting gatherings and was the consummate caretaker. She farmed alongside Jerry, from bottle feeding calves to driving the chopper, her steadfast work ethic and love for farming helped ensure everything got done. Lynette is remembered as an endlessly empathetic soul, absorbing others’ pain and wishing for them to be happy and healthy and feel included.

Jerry and Lynette were survived by their children Mechelle Sazama, Felecia (Nick) Schmidt, Jeremiah Sazama, Joshua (Amanda) Sazama, and Jerrell (Kayla) Sazama; their grandchildren John Luke and Anthony Howieson, Harper Schmidt and those born after their death, Indie Schmidt, Audette Sazama, and Sullivan and Romy Sazama. They were also survived by their siblings; Tom and Lenore (Lynette’s) and Bob, Dennis, Paul, Janice, Joe, Donna, Julie, Gordy, Jeff and Rodney (Jerry’s), as well as many nieces, nephews, cousins, relatives and friends.

They have reunited with their parents Bernard and Delores Sazama and Norbert and Marlene Silbernagel, and have been joined by their granddaughter Romy Mae Sazama.

Together, Jerry and Lynette are remembered for the love they shared - their unique, ordinary-but-extraordinary love story - and the love they nourished, cultivated, and spread. They were intentional about dedicating themselves to their faith, their family and their relationship; they reveled in their romance. They wrote love letters and showered each other with affection. Jerry sent Lynette flowers so often the florist knew him on a first-name basis. He ordered a limo to their house to celebrate an anniversary. They loved doing things together, whether it be traveling far and wide to Alaska and the Smoky Mountains, or gardening in their own backyard. Though their time on this earth was abruptly cut short, Jerry and Lynette, after 42 years of marriage, had managed to live a lifetime to its fullest, a lifetime filled with gratitude, a lifetime together. Schoeneberger Funeral & Cremation Service, Perham, MN (218) 346-5175 www.schoenebergerfh.com 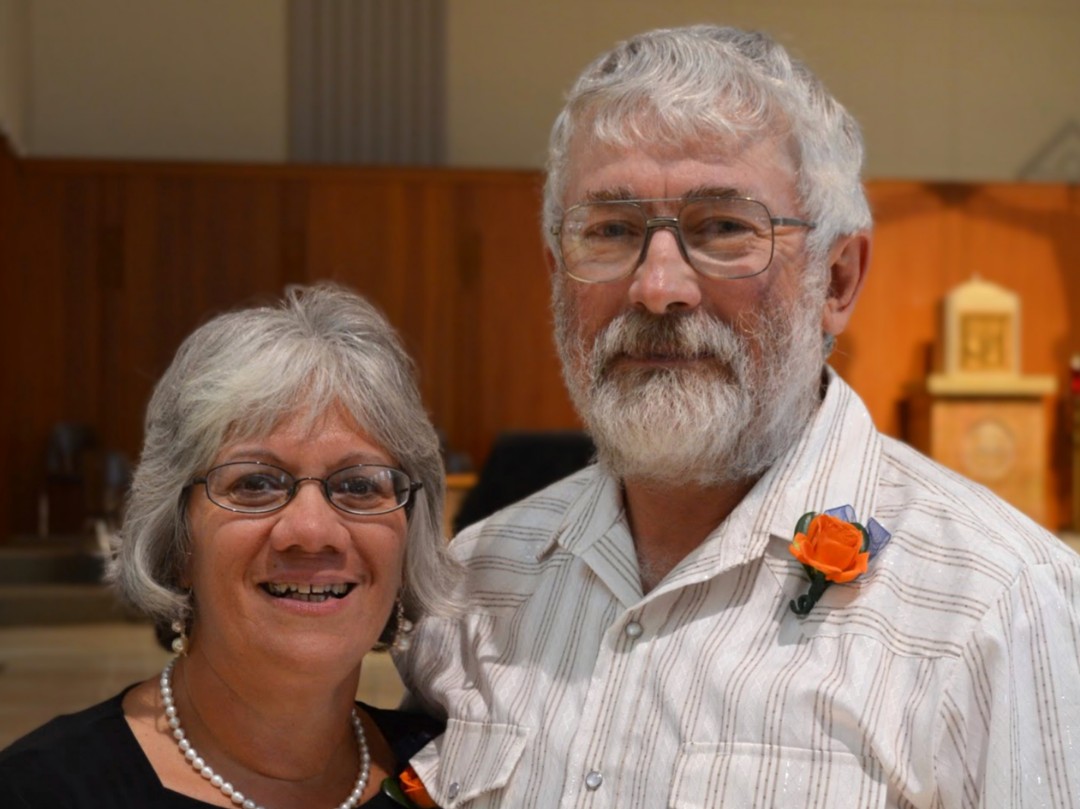