John Edward Bergum, JEB, was born to Raymond and Florence (Rudebeck) Bergum on April 7th, 1948. John was raised in Perham with his two brothers, Gary and Donald, along with over forty foster brothers and sisters. He graduated from Perham High School in 1966.

After graduating high school, John trained at Wadena Technical College. He then worked for Western Union, traveling across the United States fixing telegraphs and other technical equipment. He loved this time of his life and had endless tales to tell about his adventures while traveling, always ending with a hearty laugh.

His main goal was always to save enough money to return to his home of Perham and purchase the business he had worked for in high school, Perry Greenhouses on East Main Street, just two blocks from his parent’s home. After living frugally for eight years, he saved eighty thousand dollars and returned to Perham in 1976 to purchase the business from Bob Perry, his high school employer.

He renamed the business John’s Floral and Greenhouses and for the next 35 years, John would dedicate his life to growing the business. He often made deliveries himself in one of his two trucks, driving across the Midwest, loving every minute of it. He loved it so much, he built his first house connected directly to the greenhouses. “An easy walk to work”, he would say.

After retiring from the Greenhouse business, John could never find it in himself to retire. He spent the last 16 years of his life working for Bongard’s creamery with the same passion and dedication as his own business. Offer a listening ear, and you’d hear about the intricate process of cheese making, (and be offered some free cheese). He was a person who loved life who was able to find greatness everywhere around him.

John enjoyed a dip in the lake, a cold beer, or a Clint Eastwood flick. He loved the outdoors, fishing trips to Canada and shooting his gun. On cross country road trips, he was determined to make it to the destination with the best time. “We’re making good time now!” While he often had to be persuaded to take a vacation, he ultimately tolerated them. He’d always much rather be back in the Midwest, his hometown of Perham, surrounded by simple pleasures.

To family and friends who knew him best, his “Johnisms”, one-liners, or sometimes even one-worded sayings, were classic for John. Yup, you betcha. He was up at dawn and early to bed. His work tireless, and energy endless. His way was uplifting and inspirational.

John loved his “honeybunch”, Maureen, and all his family, but nothing could compare to his Corvette. He would spend hours polishing his Corvette to the finest shine. If you asked how fast he ever drove that car, he could not withhold his guilty grin. While driving with John, you would always hear about the make, model and engine of any sports car that crossed your path.

John was a modest man with a good heart, willing to help anyone at a moment’s notice. Just months before his passing, he drove a truck from Washington state to Minnesota, helping his son move back home. He was a great family man, a friend and a beloved and warm soul who is irreplaceable and will be deeply missed. Pedal to the metal, John.

John was preceded in death by his parents, Ray and Florence Bergum; brothers, Gary and Donald. He has left a living legacy with his wife Maureen; his two sons, Maurice and Doug, their spouses, Debra and Shirley; grandchildren, Kaleigh, Mikaila, Nolen, Carvin and Caleb. 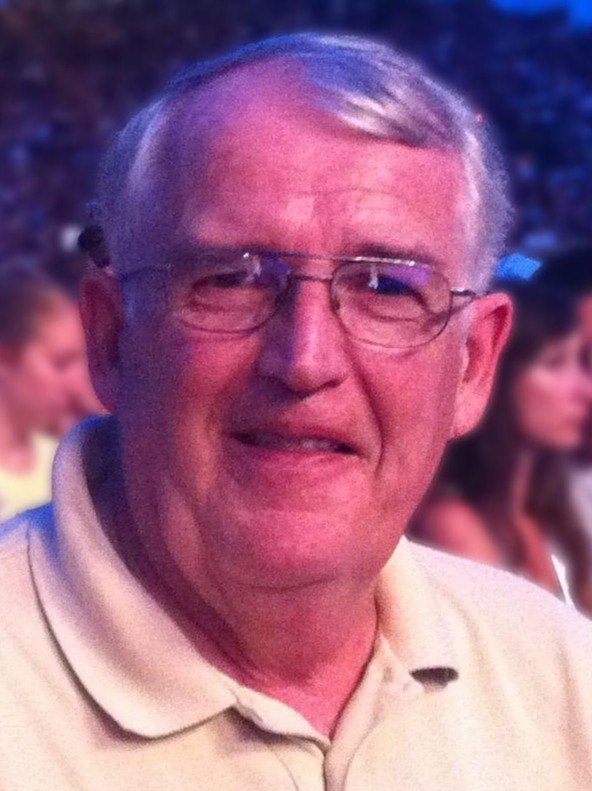