Russel Philip Kadow, Perham, MN, died peacefully on Thursday, August 18, 2022, with his wife and children by his side, after suffering a massive stroke early Sunday morning. He was a good man, steady and humble, who lived a good life.

Russ was born on April 18, 1942, in Wadena, MN, to parents Audrey (Birkholz) and George Kadow. He grew up in Nimrod, Minnesota, attending grades 1-7 at a one room country school. He graduated from Sebeka Public Schools in 1960. In his youth, Russ worked on his uncle’s farm and developed an aptitude for mechanics from his father, who was a mechanic by trade. From an early age, Russ had a love of music.

Russ attended St. John’s University, Collegeville, MN, graduating in 1964 with a degree in Music Education. Russ accepted his first teaching job at Perham Schools that fall. He left to join the United States Navy in 1966 where he played euphonium in the Navy Band. During his time in the Navy, Russ was able to travel all over the world. He was honorably discharged from the Navy in 1972 and returned to Perham to teach band and music in the Perham Schools.

Shortly after returning to Perham, Russ went on a camping trip with friends where he was introduced to Ramona Huebsch, fresh out of the Franciscan Convent. Mona, though it wasn’t “love at first sight,” knew the moment she saw him that she had met her soulmate, the man she was going to marry. Russ took a little longer to come to this realization, but soon the two started dating and fell in love. Russ and Mona were married on the coldest night of the year, December 27, 1973, at St. Lawrence Catholic Church, Rush Lake, Minnesota.

Russ lived his adult life doing the things that he loved. He taught band and music at the Perham Schools for 35 years. He fished the river in his younger years, had an expansive garden, and tried hobbies like winemaking and growing mushrooms. He cut wood for decades all summer to heat the house on the Otter Tail River that he and Mona built together. Russ was a kind man who gave generously of his time, skills, money and talent. He led music at St. Lawrence Catholic Church for 48 years, played in many community bands, was a Franciscan Associate, and volunteered his time serving on a variety of community boards. He was meticulously organized and taught his children and many others the practical responsibilities of life. He was a shining example of human decency to everyone he met and, with an uncanny ability to converse with absolutely anyone, he met a lot of people.

Russ loved his wife, Mona, with all of his heart. He loved his children, their spouses and his grandchildren. He was so very proud of every one of them. Russ leaves his legacy with his wife, Mona, his children Ryan (Pamela) Kadow of Litchfield, Ben (Lisa) Kadow of Omaha, Mari (Mike) Willie of Perham, Laura (Matt) Lamb of Perham, 14 grandchildren, sisters Jan Teichert, Jo (Rob) Sanders, and Elaine Kadow, in-laws Joan Erickson, Fred (Geromaine) Huebsch, Dave (Bina) Huebsch, Ken Huebsch, Bill Huebsch (Mark Hakomaki), and Bob (Gail) Huebsch, as well as innumerable friends and extended family members. He is welcomed by those who went before him, his mom and dad, Mona’s parents Herman and Margaret (Fellerer) Huebsch, his older brother who died at birth, brothers-in-law Bob Teichert and Jim Erickson, sister-in-law Betty Huebsch, and many others he cared for and loved.

There will be a Memorial Celebration at St. Lawrence Catholic Church on Friday, August 26, from 6-8 p.m., including music at 7:30. Russ’s family would be honored if all musicians, from beginners to professionals, would bring their instruments, however dusty, to play along. A funeral Mass and meal will take place at 10 a.m. on Saturday, August 27, also at St. Lawrence. Memorials can be directed to the family to set up a discretionary account to support students involved in the PHS music program. 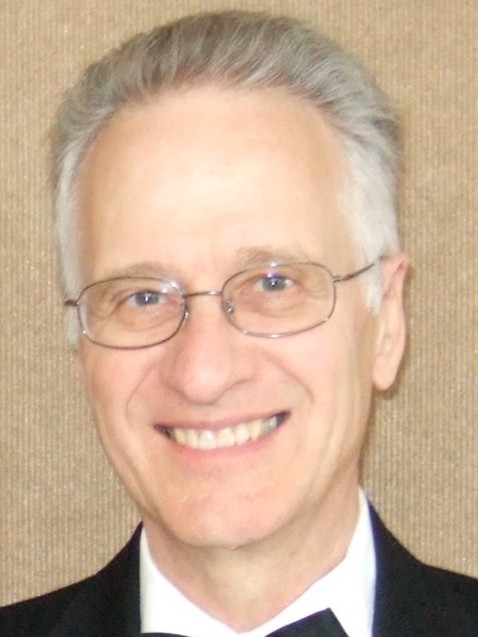